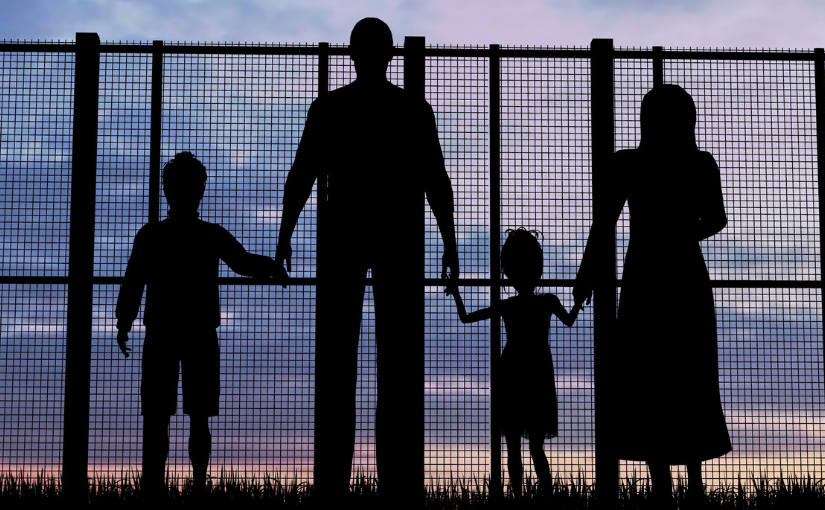 Members of your social justice team have been exploring ways of offering support to immigrants who are seeking asylum and have been admitted to the country legally. These families have applied for asylum on entry (completing all necessary paperwork to do so) and are being allowed to travel to family members in the US who are here legally, and who will sponsor them.

They come with little or nothing, and are bussed by ICE (US Immigration and Customs Enforcement)  to the Phoenix area and dropped at local churches who have the ability to provide a shower, clean clothes, food and a place to sleep, for usually 1 to 3 days at most. They will have tickets for the onward journey provided by their family/sponsor. The church also provides transportation to the bus depot.

There are a number of churches and nonprofits in the Valley actively welcoming and providing support. We recently visited a church in the West Valley that has been welcoming groups brought to them by ICE  since Thanksgiving.They take as many as 200 people over the course of three days.  They have very limited space which is used for sleeping at night, and gathering during the day. Meals are prepared and eaten outside.

We were inspired and humbled by the witness of this congregation and are committed to finding ways that Church of the Palms will support the work they are doing. We hope many of you will join us.

As of this writing, a group of us will be go to the host church on Monday mornings for about three hours (carpooling at 9:00 am from Church of the Palms).  Please email Beth Moore ebmoore1@live.com if you wish to join us on any Monday.  We encourage anyone to go with us just to meet the people, and witness the work being done. Please feel free to speak with John Durbin or Beth Moore to learn more of the details of this effort.

As we learn more and organize our efforts, we will begin asking you for specific things that are needed. The following are needs that have been expressed at this point. If you wish, you may bring donations and place them in the designated box in the narthex labeled “Asylum Seekers.” 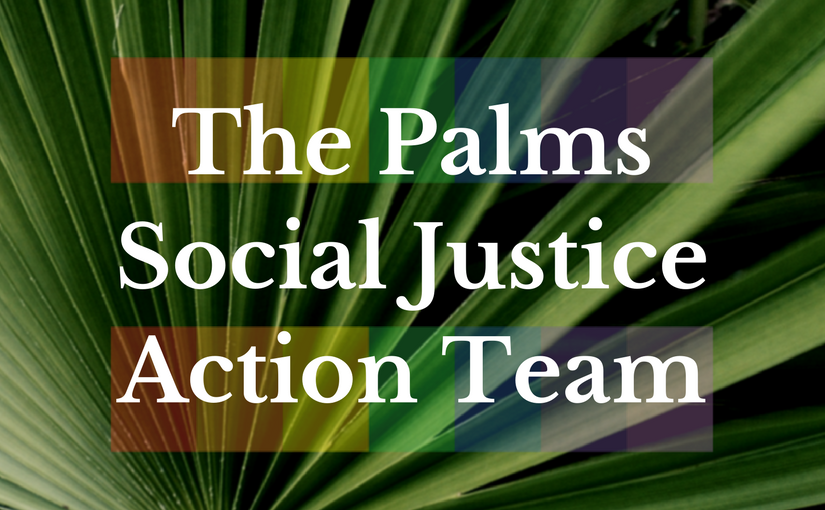 The Church of the Palms Social Justice Team has been very active. The team members working on the Immigration/Refugee issue have developed a working relationship with Refugee Focus, a division of Lutheran Social Services. For more than thirty years, this organization has served some of the world’s most persecuted people living right here in Phoenix. Violence and armed conflict chase millions of people from their homes, their families, and their countries, forcing them to seek safety in other countries around the world.

Honoring a proud identity as a nation of immigrants, the United States has welcomed refugees and asylees throughout its history. Every year, the State Department identifies global regions in which people have an exceptional need for protection outside of their home countries. These refugees and asylees are then invited to resettle in the “land of opportunity,” in a nation that has traditionally cherished the value of uplifting the oppressed. Refugee Focus services include:

And here is what Church of the Palms Social Justice Team members are doing to support this effort: 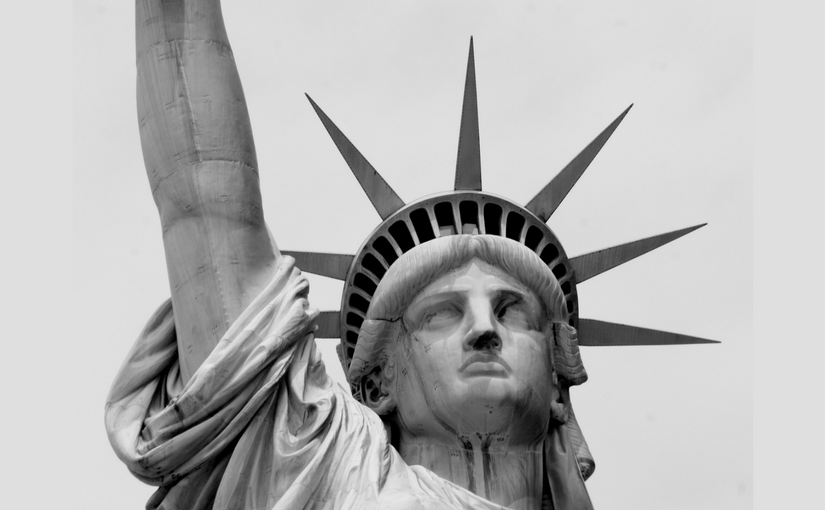 Immigrant; Alien; Illegal Immigrant; Illegal; Refugee; Asylum – we hear these terms everyday through whatever news media we watch or listen to. But, do we understand the meaning? It is my opinion that it is important to know the difference, as “words do matter.”

An IMMIGRANT is a PERSON who comes to a country to take up permanent residence. The need to escape from poverty, to find available employment or to escape natural disasters drives immigration flows.

A foreigner who enters the US without an entry or immigrant visa (one who crosses the border by avoiding inspection or who overstays the period of time allowed per a visa ) may be referred to as an ALIEN; ILLEGAL; ILLEGAL IMMIGRANT, or ILLEGAL ALIEN, UNDOCUMENTED or UNAUTHORIZED. However, these terms are NOT interchangeable. Let’s explore the meanings.

ALIEN is a term used in legal language for a non-citizen resident, regardless of whether that person resides in the country legally or illegally. This term originated from British law and has been a legal designation for foreign-born residents since the Revolutionary era and continues to be used by the Department of Homeland Security and US Immigration and Customs It is used as a technical term in legal documents. Alien is a word that is also associated with extraterrestrial life and is perceived as dehumanizing when applied to immigrants. It is now associated with anti-immigration policies and advocates.

“We don’t call pedestrians who cross in the middle of the road illegal pedestrians. A kid who skips school to go to Disneyland is not an illegal student. And yet that’s sort of parallel,” said Otto Santa Ana, professor in UCLA’s Department of Chicana/o Studies.

A REFUGEE is a person who has been forced to leave their country in order to escape war, persecution, ethnic, tribal, or religious violence or natural disaster. It is someone who leaves their own country, often for political reasons and who travels to another country hoping that the government will protect them and allow them to live there. Refugee status is a form of protection that may be granted to people who meet the definition of refugee and are of special humanitarian concern to the US. They are generally people outside of their country who are unable or unwilling to return home because they fear serious harm. One may seek a referral for refugee status only from OUTSIDE the US.

SANCTUARY is a place where someone is protected or given shelter and protection provided by a safe place. The concept of sanctuary is deeply embedded in Western tradition (the underground railroad in the U.S., for example). In biblical times, shelter was offered even to those who might have qualified if the crime lacked intent.

ASYLUM – When people flee their own country and seek sanctuary in another country, they apply for asylum – the right to be recognized as a refugee and receive legal protection and material assistance. An asylum seeker must demonstrate that his or her fear of persecution in his or her home country is well-founded. At the end of 2014, there were approximately 1.8 million people around the world waiting for a decision on their asylum claims.

Jose Luis Benavides, journalism professor at Cal State University said “The words that the candidates (we) use frame the political conversation. Using dehumanizing language then makes it easier for people to justify dangerous policies against a particular group. Words really do matter.” Why not just call them immigrants? That is what they are – whether undocumented or not. And, unless one is Native American Indian – we are all immigrants.