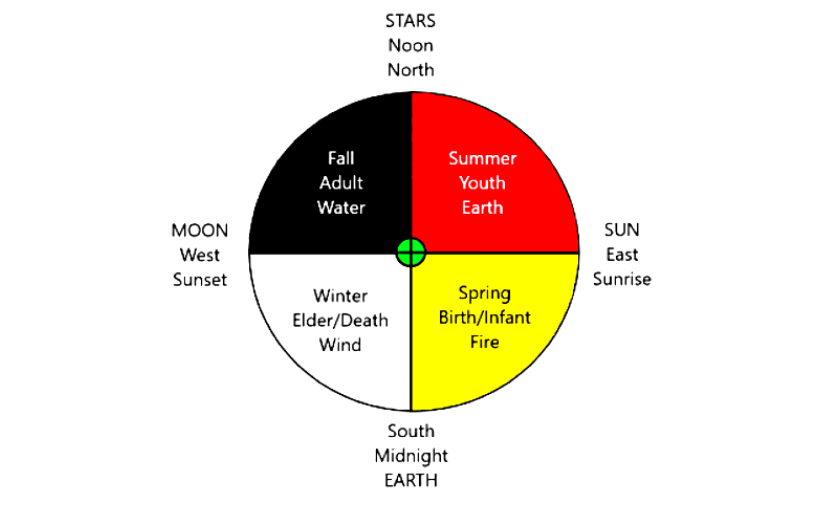 The three names in the title all describe the same pattern but from different perspectives. Medicine Wheel, which is the most common and latest naming, came from the Europeans who had concept of a wheel, an alien idea to Native Americans. Sacred Circle describes the communal, ceremonial use. Circle of Life describes the completeness and unity of life’s seasons and ages.

A Sacred Circle has been built on Church of the Palms’ property to the west of the labyrinth. Its presence acknowledges the tribal peoples who lived in the Valley centuries before the earliest explorers and their reverence for all of Creation. (Interpretive material about the Sacred Circle will be available in the literature box at the labyrinth entrance.)

The Sacred Circle was common to the upper plains tribes; the oldest and largest is the Bighorn Medicine Wheel in Wyoming, which dates back to at least 4,000 BCE, the time of the construction of the pyramids in Egypt. The Chartres Cathedral with its labyrinth in France was built in 1,200 AD, five thousand years later.

“The circle, being primary, influences how we as aboriginal people view the world. In the process of how life evolves, how the natural world grows and works together, how all things are connected, and how all things move toward their destiny. Aboriginal peoples see and respond in the world in a circular fashion and are influenced by the examples of the circles of creation in our environment.” (Dumont, J 1989)

Western thought tends to be linear, moving in a line into a new future. But for the Native Americans, they see life as cyclical: one season follows another; one generation replaces another; and sunrise and sunset follow each other. The Circle of Life is acknowledged and celebrated for its promise and predictability.

The Sacred Circle is divided into four quadrants with the lines of separation indicating the four directions: North, South, East and West. Mother Earth is below and Father Sky is above and the Great Spirit is at the center. The East-West axis points to the sunrise and sunset and sets the time of the Vernal and Autumnal Equinox that separates the seasons from Spring to Summer and Autumn to Winter. The circle shape represents life; we change like the seasons as we pass through life.

The four quadrants each have a color and a season of the year. Beyond that, the interpretation of what each quadrant means varies greatly and becomes a very individualistic interpretation, seeking meaning and relevance. The purpose of the Sacred Circle is to show the path to healing, health and balance. 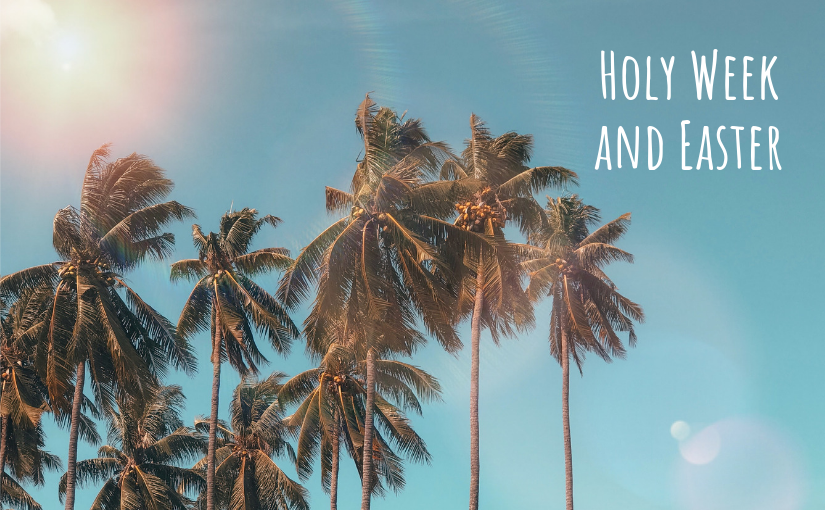 ALL are welcome at these events!

April 18: Maundy Thursday 5:00 p.m. We’ll host a community service that will include our sister churches: United Church UCC and Sun City Christian.  Communion will be served.

April 21: Easter. Communion will be available at both services:

The “Labyrinths at the Palms” will host the church’s Good Friday service this year. There will be a self-directed walk on the larger labyrinth from 12:00 – 3:00 pm on Friday, April 19th. The Bell Choir of Church of the Palms will play at 12:30 p.m. The smaller labyrinth will also be available to accommodate those using wheelchairs and walkers.

The walk into the center of the labyrinth will have the 14 Stations of the Cross marked on the path. Each walker will be given a guide that provides a scripture reading and prayer corresponding to each of the stations, following Jesus from the Garden of Gethsemane to the Tomb.

Once at the center, walkers will be able to linger in prayer/meditation, and then walk directly off the labyrinth or return to the entrance by the path. There will be chairs available under the tree for journaling or a time of prayer. 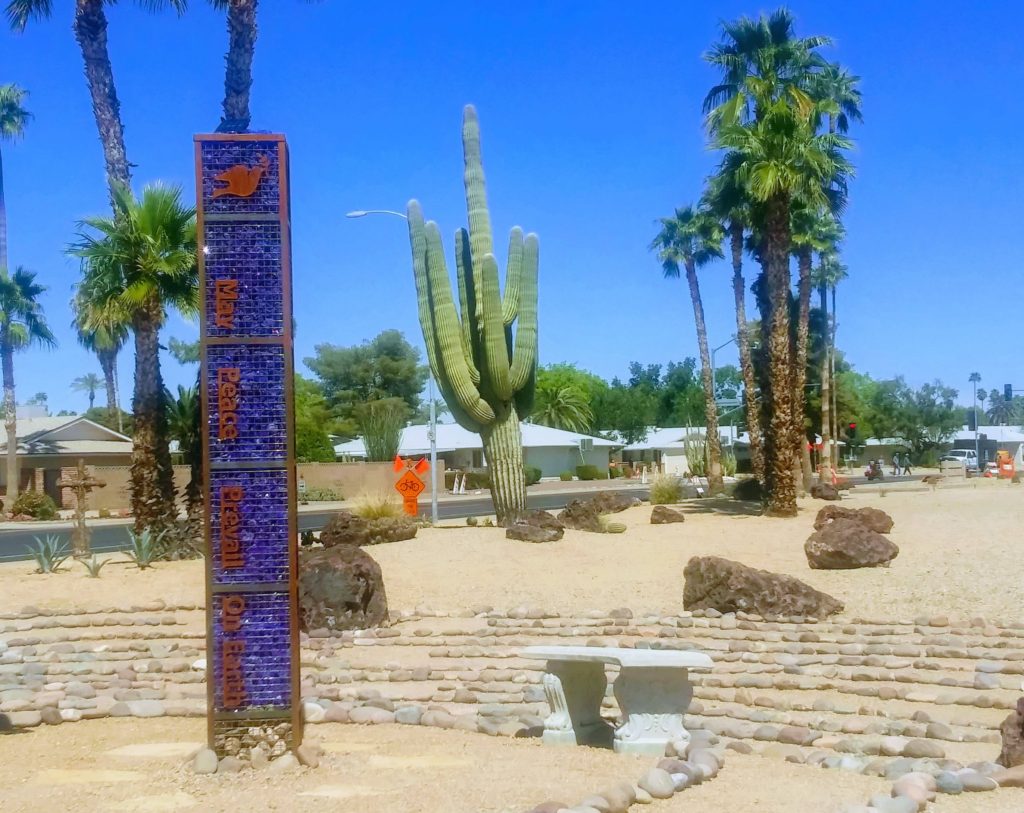